Yellowstone is a well-known American TV series that has been founded by Taylor Sheridan and John Linson and premiered on June 20, 2018 on the Paramount Network. It features some of the well-recognized Hollywood figures including Kevin Costner, Wes Bentley, Kelly Reilly, Luke Grimes, Cole Hauser and Gill Birmingham who pour their efforts to put forward a remarkable representation and portrayed the characters in exceptionally commendable manner. The plot of the series revolves around the shared borders rivalries among a large cattle ranch, an Indian reservation and land developers. 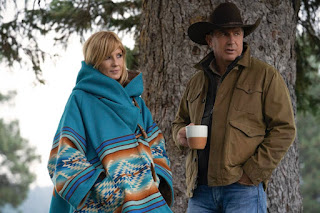 Yellowstone featured a family named Dutton family, led by John Dutton. He was the one controlling the giant contiguous ranch in the United Stated that was under recurrent attacks by the land developers, an Indian reservation, border sharers, and America’s first national park. The series represents the intense ferocity, media scrutiny, growing developers, and politician being bought and sold by world’s largest oil and lumber corporations. Also, where the drinking water was not left in a condition to be consumed: they are the implications of living in the new frontier. It is the finest and nastiest of America perceived through the eyes of a family that signifies both.

Enthused from TV series Yellowstone, leatherjacket4 has manufactured a Kelly Reilly Yellowstone Blue Hooded Coat that is basically poncho-style outerwear. Kelly Reilly depicted the role of Beth Dutton, daughter of John Dutton as shown in the series. She is indeed a momentous character an imperative part of the Dutton family who possesses a vast cattle farm. In addition to its extravagant theatrical plot, Yellowstone series is eminent in its spectators by virtue of its subtle cowboy-style attires of the characters. Gorgeously interlaced with a wool blend, Beth Dutton Blue Coat is a work of art and an astonishing choice for women who are into drop-dead gorgeous clothing. Kelly Reilly be dressed in this outfit in season 3 of Yellowstone and looked stylish and classy in this exclusive ensemble. 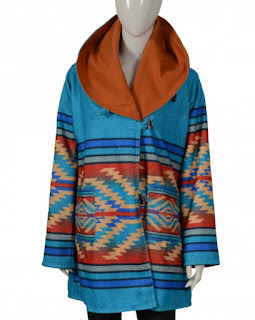 Being worn by a brave and courageous lady, her outfit beautifully justifies her character. This Beth Dutton Pagosa Coat has an attractive weaved woollen pattern with a beautiful blend of colours. Interiorly, the jacket is lined with soft and luxurious viscose quilted lining to render you with an additional layer of warmth and relaxation. The Yellowstone Beth hoodie has substantial pockets that are capacious enough to allow you to keep your chattels as well as provide you with a secure area for your hands in extreme cold. It has a hooded collar, horn-shaped wooden button closure, and wide bell-shaped sleeves. This Yellowstone outerwear has blue, black, orange, and white patterns typically labelled as Eye of the Sapphire in the world of fashion.

Cutting to the chase, this Yellowstone hoodie jacket is an ideal pick for occasions that lie under both the category whether it is a formal event or casual gathering. It not only let you feel super serene but also enable you to flaunt your style with a boost of confidence. 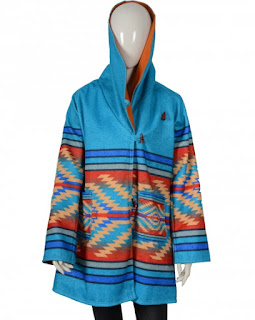 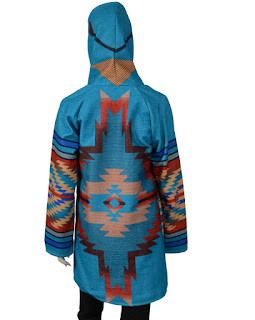