When the subject hits superiority, how can RAF SHEARLING BOMBER JACKET be neglected?


Sheepskin is acknowledged as an exemplary winter pick from the very beginning of the time. It is indubitably an expensive investment but I am sure it worth it. The relaxation and serenity a sheepskin bomber jacket bring forth, could not be compared to any other apparel. Once you drape a B3 bomber jacket made out of sheepskin leather over your shoulders, then the rest of the work of your transformation will be carried out by the jacket itself.

B3 bomber jackets were fundamentally carried by the warriors of the Royal Air Force during WWII. The British soldiers fought with exceptional intrepidity and courage and withstand the Nazis as well as the freezing winter rushes in thousands of meters above the ground. The bomber jackets were invented especially for the crew to make their flights comparatively sustainable. The ultimate objective of these bomber jackets was to render the soldiers with comfort and tranquility that could empower them to stand firm while fighting against their rivals. The flight jackets were originally created for the pilots but later on became an unconquerable fashion sensation.

Leatherjacket4 has devised an RAF shearling bomber jacket by getting stimulation from the British Royal Air Force. The B3 shearling aviator jacket is fabricated by using the premium quality leather in an aesthetic brown hue that has been overlaid internally by using a soft and mushy faux fur shearling to provide you an additional layer of stability and composure. The color of this remarkable bomber jacket is appealing yet adaptable that allows you to carry your bomber jacket with a variety of clothes combination and it goes well with everything you pick. Moreover, the RAF shearling aviator pilot jacket features seamed detailing to intensify the glory of a flight jacket. An asymmetrical zipper of the RAF shearling pilot leather jacket never ceases to uplift the look of the entire outfit.

All in all, bomber jackets that were initially produced in limited designs are now available in thousands of variants that one could easily access and drape to jazz up their whole occasion. It not only provides you comfort but also makes you look dazzling enough to steal the show. RAF bomber leather jacket is such an amazing drool-worthy article that you can display in casual as well as formal gathering. Grab a shearling aviator pilot jacket now because you deserve the best. 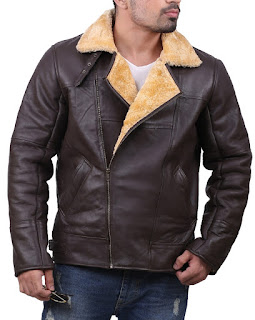 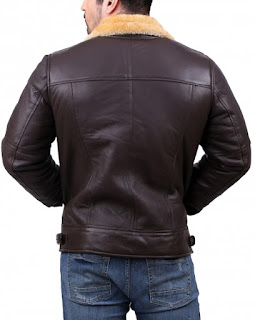 The symbolic Kay Michael's sleek black Leather jacket has now truly sensationalized the latest trend of womenswear once again. From Cherl Cole, Khole Kardashian, Olympia Valance, Kristen Stewart, Danielle Fogarty and many more.
Many prominent personalities have been seen flaunting their style by wearing this modish leather jacket for all good reasons, it has bold and fancy look with elegant touch. Be it a star or commoner it seems essential to have. The layering design elaborated with quilted texture has a latent to revitalize your silhouette in this winter. The jacket has an overall vivid impression and modish look. It is a perfect piece for a special occasion. We are also delighted to present the remake of this artistic jacket.
It has well designed three front zipper pockets and Cuffs with Lapel Collar, it is beautifully adorned with diamond quilted hem line and quilted shoulders. The sides are also arranged with curvy quilted lines which inclines the glamour. Having double layere…

First things first: linings aren’t for fashion or to parade the style that you gained after wearing a leather jacket. They are hidden inside for your comfort; thus, you have to be more concern about it if you want to pay not just for an outer appearance but for an inner comfort too. Leather Jackets are incomplete without quality linings attached underneath to the layer of leather. Inner linings in leather jackets are also important because of the fact the leather is comparatively tough material than any other wearable garments. It helps to conceal the inner sharp spikes of sewn leather and covers all the seamlines to give the clean and calm feel inside. It nicely glides over the skin and garments which you wear inside due to its non-sticky and non-static nature. These linings are capable of absorbing extra moisture under the spaces of your covered jacket and help in keeping the warmth and dry air near to your body. It’s pretty essential for the winter jackets as raw leather without l…

Nothing says lamb full grain leather like Nappa or Semi-aniline, and this jacket mixes the two effortlessly. Made for braving crisp days, this warm piece of outerwear is crafted from soft lamb leather and lined with pure cotton. It's outfitted with all the quintessential details you look for in a leather jacket (like a button-tab waist, chest flap pockets, and on-seam pockets) for a classic look that never goes out of style.


• zip fastening with side bars detail

• Fitted through the body