Nothing can beat the allure of superhero leather jackets

A sturdy leather jacket for every superhero look is a core fashion item. Fortunately, we can endorse the look a little better for the enthusiast at heart than a cape would be for a regular outfit. We find 25 geeky leather jackets that just about everyone might look fine on. Superhero-like bravado is all that is needed. On a regular basis, some are very easy to wear, while some are a little more clearly geeky.

LeatherJacket4 is proud to highlight the dazzling Season 2 Green Arrow hoodie jacket for all movie lovers to feel like wearing the iconic Oliver Queen jacket would be like to be a vigilante superhero. This jacket is worn by Stephen Amell in the Green Arrow season 2 TV series. We created precisely the same costume as Stephen Amell's Green Arrow jacket with premium leather design. 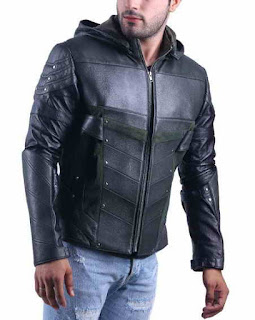 Inspired by the latest Ant-man and the Wasp 2018 movie, here you can find the Ant Man costume that we have carefully designed for all disciples of fashion. It is the first replica of the jacket that Paul Rudd wears in the film. Super actor Paul Rudd played Ant-Man as Scott Lang and it brought us another superhero outfit to try on the Halloween night ahead. The Paul Rudd ant man jacket is constructed of authentic leather paired with viscose inner linings for a soft, calm winter feeling. 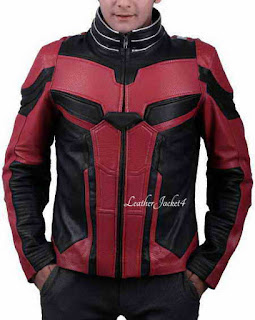 This jacket is influenced by the popular 2017 movie Spiderman Homecoming, where Peter Parker once again appeared with his endearing personality. Tom Holland, as Peter Parker, portrays the Spiderman character superbly. Spiderman is one of the well-known Marvel Comic characters who give us inspiration for costume parties. This mega-hit movie from the big-budget box office has won the affection of all comic lovers who are still able to raise the atmosphere of a costume party. Again, we have Spider Man's well-known red costume jacket to wear this winter or Halloween as a Halloween costume. 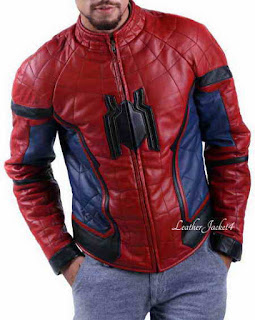 We came up with the ritzy reprisal of the iconic Captain America's leather jacket to restore the zest of patriotism and allegiance. Inspired by Chris Evans from the film Captain America Civil War, this superhero cape. We see the thrilling rendition of Marvel's First Avenger Captain America jacket yet again. Our adroit seamstresses' tidy style and sewing skills will accurately amplify the talents of the secret captain within you. 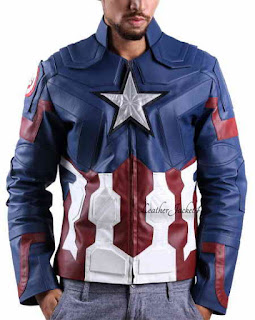 This is the undeniable fact that Tom Cruise's character is stimulating for everyone. If an individual gets a chance to appear like their beloved characters, they will certainly be able to seize the chance. Unquestionably, the Top Gun G1 jacket is for those who choose to take on the vogue that nearly everyone glorifies. The jacket is advocated because it's worn in a popular movie Top Gun by a famous TV actor Tom Cruise depicting the role of Major Pete Maverick and also because it has really exciting attributes. 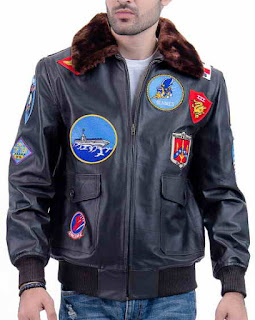 This Harley Quinn leather jacket is developed in comic books and movies by taking inspiration from the fictitious character called Harley Quinn. In the sense that she was a brave and adventurous psycho person, Harley's character was very fascinating and she has become an example for most people, especially girls, despite such a creepy job. The clothes she wore in the movies and comics were considered to be surprisingly new in terms of design and trend. 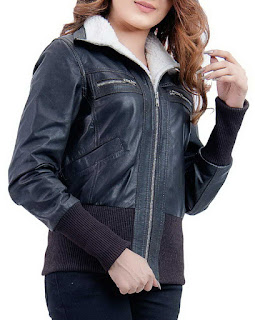 In 2018, Ant Man revamped as a "Ant Man and the Wasp" with the whole latest sequel, starring the beautiful Evangeline Lilly as Wasp, the exciting wonderful kid with a battle knack. As beautiful and feminine as she has been in her whole Hollywood career, the Ant girl women jacket is. The woman's pose is extremely detailed in this Evangeline Lilly Wasp Jacket. The athleisure element of Hope Van Dyne aka Wasp is nicely built from edge to edge to exude pretty much skinny, cut to the body with several flattery contours. 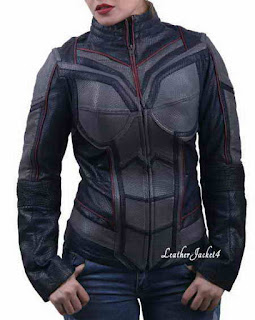 This armour-like leather jacket is one of the famous movie costumes crafted so far for Supervillains, but this time here is the trendy guy Michael B. Jordan in the Hollywood comic movie 'Black Panther' as Erik Killmonger as the character of the fictitious Supervillain. Wearing a rigid leather jacket in the theme of blue armour that looks fairly suitable for such a character who is still ready to gear up in the face of the combatant's efforts. 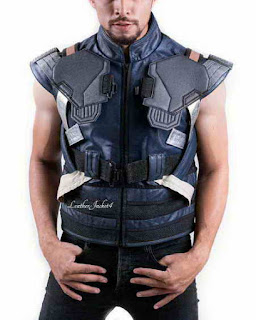 As Maroon and special inclusion in Red paint, we give 2 shades. This Guardians of the Galaxy Jacket-II is a must-have wardrobe, particularly for men who just love wearing such garments.

Peter Quinn's Chris Pratt Red Leather Jacket in Star Lord 2 from the 2014 Hollywood space fiction film Guardians of the Cosmos. The Guardians of the Galaxy Jacket is made of genuine cloth and good quality goat-skin. 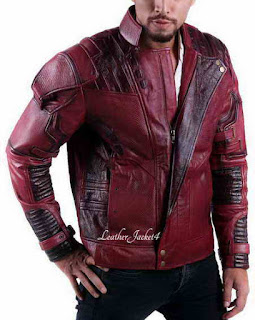