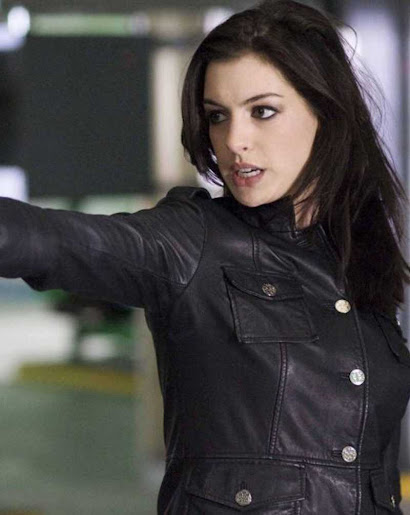 Women are always in command of fashion. Females have displayed their diverse sense of dressing to rule the fashion world, whether it is a girl or a Hollywood celebrity. Leather jackets never go out of style, and we used to see ladies wearing them in Hollywood movies as symbols of money and sophistication. Leather jackets can entice you into rising like your favorite celebrities. Get inspired by Hollywood's finest female actresses and brighten up your look with the necessities of cinema leather jackets from our carefully curated leather jacket collection. You can also choose from a variety of women's superhero coats or create a custom order to get exactly what you want.

With her killer beautiful style, the dazzling star of Hollywood is here to steal the show. Agent 99 was played by the stunning Anne Hathaway in the popular action-adventure film Get Smart. Incorporating a dash of sass and bravado. Anne Hathaway is a lovely and stunning lady who graces the silver screen. She appeared in a number of well-known television shows and films. She has the ability to draw attention to herself through her clothes and style. Her copies are in high demand, and we have a large number of buyers who desire them. Genuine leather is used to make this jacket, which we have added to our category from the movie Get Smart. 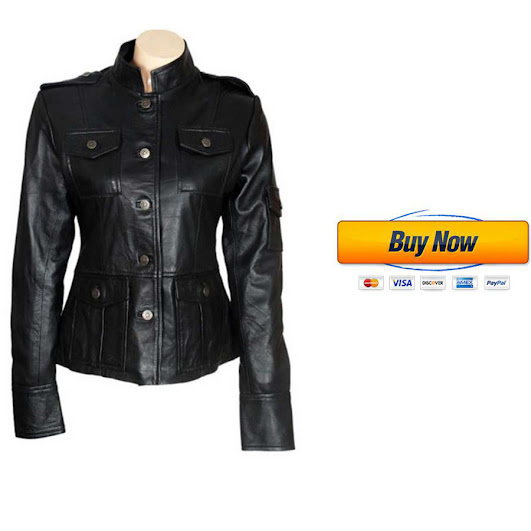 Get Smart is a 2008 American action spy comedy film directed by Peter Segal and written by Tom J. Astle and Matt Ember, as well as produced by Leonard B. Stern, who also produced the original series. The film is based on the same-named television series created by Mel Brooks and Buck Henry. Steve Carell, Anne Hathaway, Dwayne Johnson, and Alan Arkin star in the picture, which also features Terence Stamp, Terry Crews, David Koechner, and James Caan. The film also included Bernie Kopell, who played Siegfried in the original series. The story follows Maxwell Smart (Carell), an analyst who aspires to be a true field agent and a better spy. In North America, the film was released.
The gorgeous jacket is available in black real leather or imitation leather with a viscose inner lining. Anne Hathaway's Get Smart Black Leather Jacket stands out with its high collar and buttoned closure. Despite the lack of zippers, the Agent 99 Jacket has two flapped pockets with buttons, two flapped button pockets on the front, one flapped pocket on the sleeve, and two inner pockets. With long, thin sleeves and buttoned cuffs, the jacket offers a refined appearance. 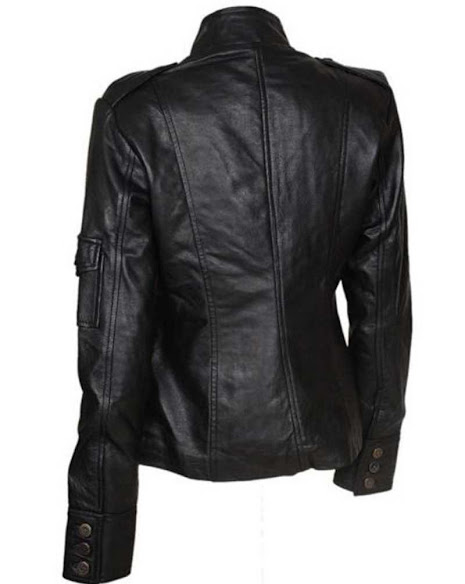 This jacket will enhance your charm and beauty at your party. The jacket offers all of the qualities that you are looking for on your own. Get Smart Agent 99's Anne Hathaway Black Leather Jacket is appropriate for both business and casual occasions.