Batman: Arkham Knight is basically a video game that features some amazingly interesting characters including Jason Todd, Batman, and a Scarecrow (villain). The storyline of the game tells us about the history of Jason Todd, who is the most mysterious character of the game. Initially, Jason Todd seems to be the villain killing everyone in an enigmatic manner as if he is set out for a mysterious mission. He kills people and appears to be an antihero persona. It was understood by many that Jason has been killed by joker but somehow, he survived and came back with a bewildering appearance. 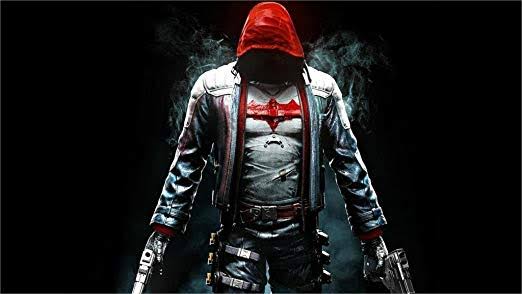 Later on, people come to know that he is actually not the one who is the culprit. According to Jason Todd, this is batman’s fault that joker is still alive. Soon he turned into rival fighting against some criminals in his own determined way. Jason Todd seems like a violent, aggressive and hyper talking jerk but actually, he used his reconstructed personality to brutally assassinate wrongdoers to eradicate these bloodthirsty convicts from the world. 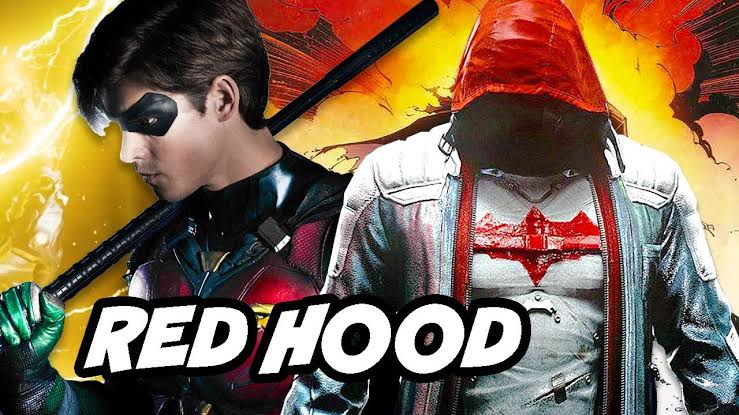 There is a bat logo on the chest of his shirt. Jason Todd is also known as Red Hood by virtue of the red hood hoodie jacket he carries. Red Hood’s peculiar personality seems to have been magnified by displaying this hoodie jacket. There won’t be any hang back in revealing fact that the jacket he wears is flamboyant and bodacious in its own way.
LeatherJacket4 has designed a Batman: Arkham Knight Jason Todd leather jacket by utilizing top quality leather that is lined with soft viscose lining having embellished with batman logo to intensify the charm of this jacket. 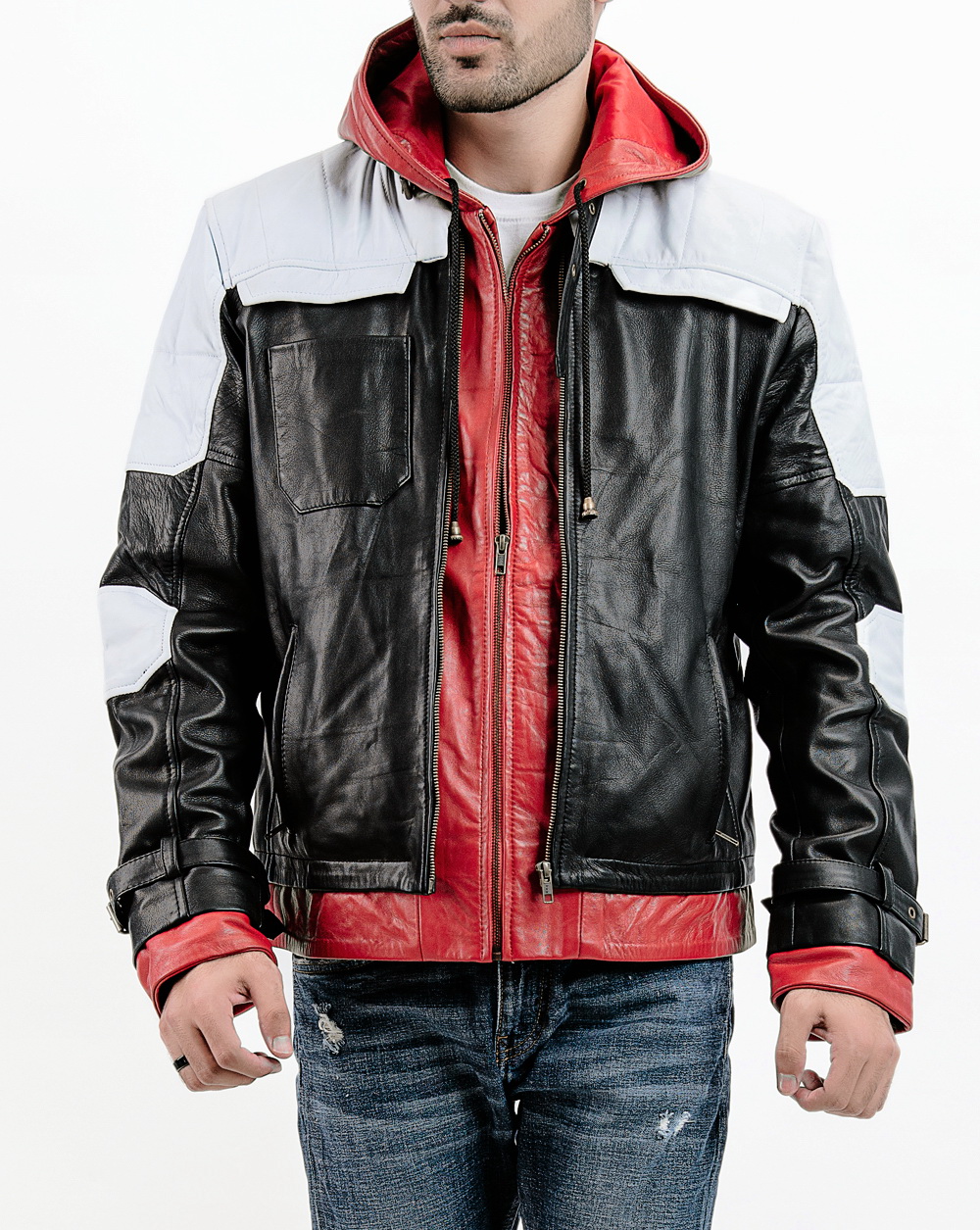 Moreover, it has a substantial hoodie that is detachable making it look like the original jacket yet being highly versatile so you don’t have to wait for extreme weather to carry this jacket. It has been stitched in black leather with red and white render it with a catchy and commanding glamour that people can’t get their eyes off of it. the splashy features of this jacket make it a unique attire and a book could be written that describes the perks of having a Red Hood Hoodie in climatic conditions ranging from mild to extreme cold. 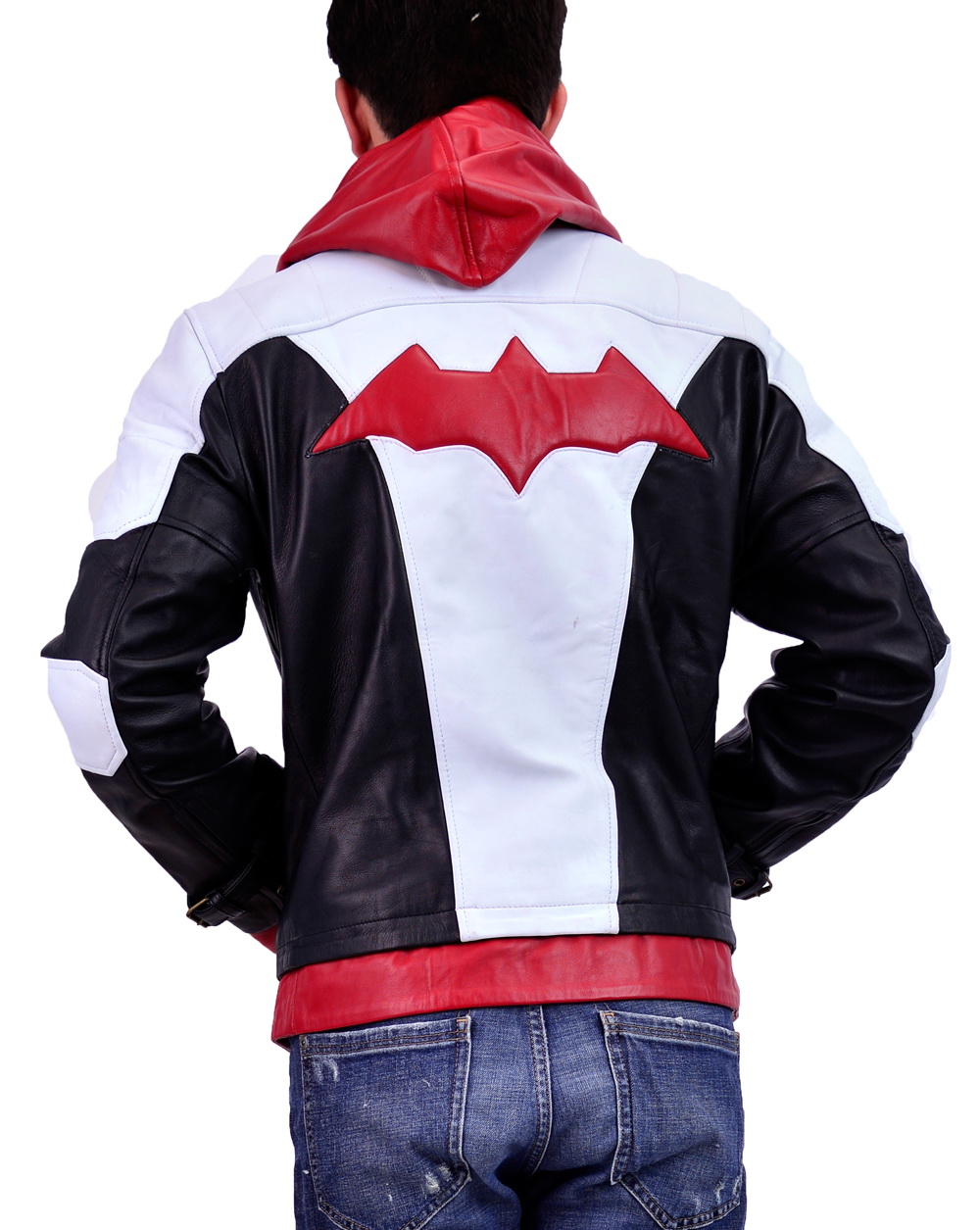 This hoodie is going to give you a striking look that stands commendable on the contemporary world of fashion. This particular jacket is an astounding masterpiece of style and comfort available with blended harmony. All and all, the most attention-grabbing Jason Todd hoodie jacket is going to be the worthiest investment for your winters. 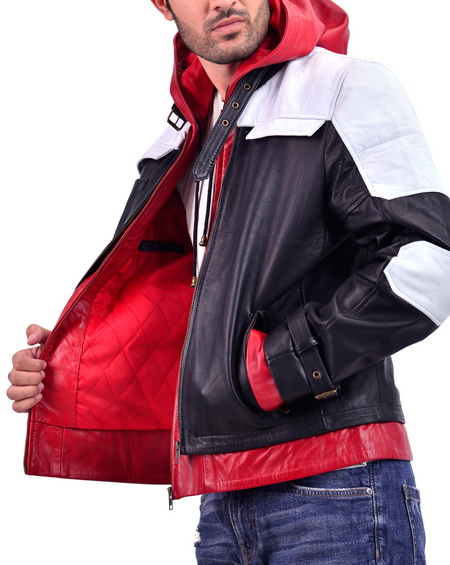