Attack on Titan is basically a Japanese manga series composed by Hajime Isayama. The story revolves around the three enormous monsters shielded by three gigantic walls to protect humanity from them. These huge monsters are given with the name “Titans”.  In the course of the year 2009, this particular series was considered as one of the top-selling manga comics. The crucial role throughout the series was played by a group of people you can call them superheroes who dared to go beyond the walls and plucked up the courage to fight against those man-eating brute monsters.

You might have seen the jacket worn by the individuals playing their role in the eradication of the devils in the series. This particular jacket is no doubt a unique and specific one wore by them. This outfit is considered as the signature outfit for that anime and anywhere you see someone wearing such kind of outfit it reminds you directly of the courage of those guardians.

A wide percentage of people out there want to layer up themselves in the costumes of their favorite TV or comic characters and get outfits for them accordingly. If you are one of those people and get a chance to carry the style of your admired dramatis personae that for sure you are not going to miss that chance. LeatherJacket4 has designed a jacket remarkably similar to the one worn by the anime in manga series. They toil on creating the best of it by using premium quality leather with exceptionally smooth and soft viscose quilted lining to keep your body warm and comfortable.

The jacket has some unique aspects such as it is featured with a short length up to the waist having epaulets with a snap button on shoulders. Long and straight sleeves with closed cuffs and a double flapped collar. The considerably unique and distinctive feature of the jacket is the presence of a beautiful and idiosyncratic logo on the back, anterior and sleeves. This logo is not only specific for the manga series but also represents the bravery and courage and bring a tint of fearlessness.
Carrying this outfit stimulates one’s sense of valor and boost up their confidence to the next level. Despite being a serial specific outfit, it has its own beauty and charm. The orangish-brown color of the titan’s jacket elevates its elegance to an exceedingly higher level. This crew you will see in the series is comprised of people of all ages and this concept is basically indicative of the idea that the jacket could be worn by anyone who wants to have the glamour like them. 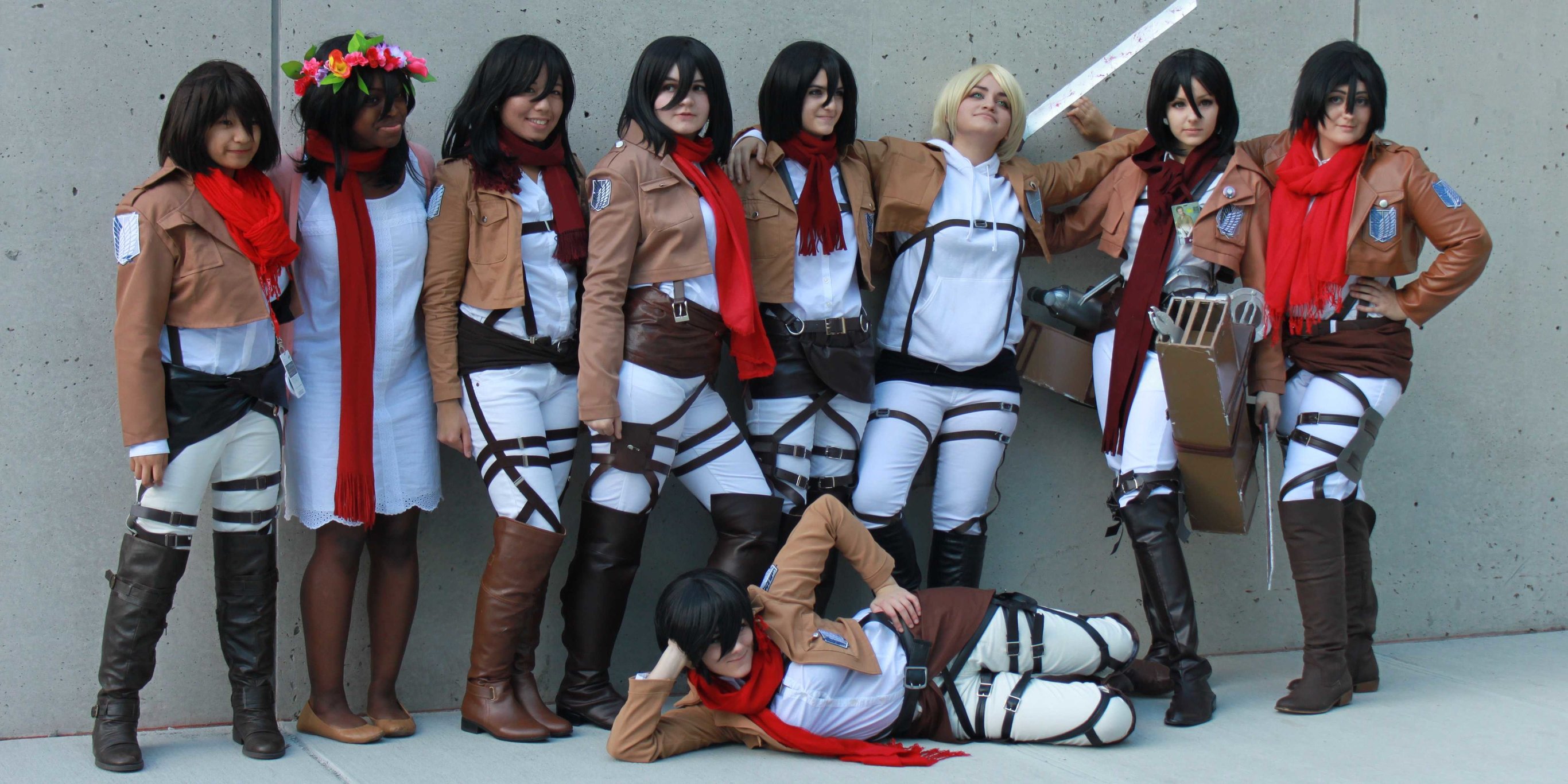 If you are the one looking for something chic to put on this Halloween than certainly this jacket is made for you. You can get to wear this beautiful jacket on almost any occasion be it a themed party, a birthday party, a cocktail party or just a casual winter night. So, grab the attack titan jacket for yourself and drag the attention of the audience towards yourself. Yes! Seriously. Be the gleaming one among thousands of stars.