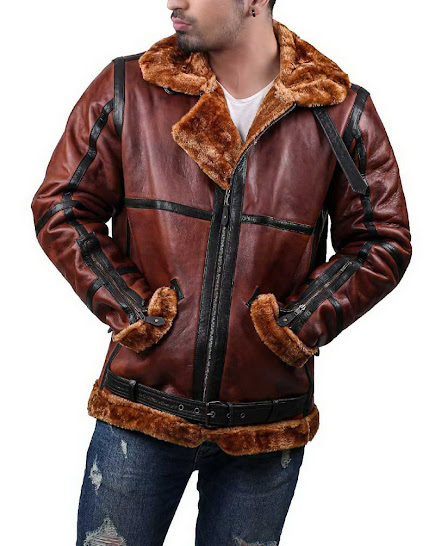 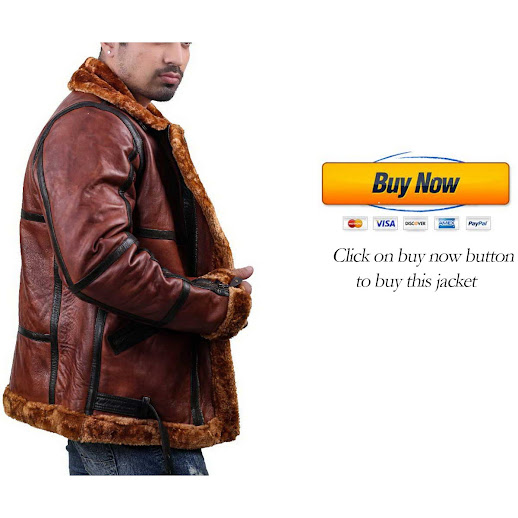 During World War II, these coats and jackets were issued to B3 Royal Air Force Bomber teams as part of their standard-issue uniform. The Aviator B3 Bomber Jacket was first issued by the Army Air Corps in 1934. It was designed specifically for open cockpit flight. In light of the B17 Flying Fortress Gunners and Crews, the sheepskin coat grew in distinction. The Shearling B3 bomber leather jacket, also known as the Type B-3 Bomber Jacket, was an extremely comfortable suit.
Although the aviator leather jacket has a long history of verifiable utility, it is now perhaps best regarded as a fashion statement. The best pieces capture downplayed extravagance in their most true strut, made from sheepskin leather and often lined in lavish shearling, much like the first plans that harken back to the useful in-flight clothing first worn during the 1930s.
This faux fur shearling bomber jacket was inspired by the Royal Air Force of the United Kingdom during World War II. The soldiers' bravery and courage were unmistakably symbolized by the battle. The jacket was originally worn by soldiers to combat the harsh effects of the cold, but it has since found its way into the fashion industry and is available in a wide range of styles. Leather Jacket4 has produced a jacket of this kind using superior quality leather in a rust color that is internally lined with smooth and comfortable high-quality genuine shearling in a gleaming brown color that not only looks great but also keeps your body cozy and warm in mild to extremely cold temperatures. It has a lapel-type collar with shearling-overlaid flaps and a front zipper closure lined in a darker color leather. The jacket has two inside hidden pockets and two cross-handwarmer pockets with zipper closure on the waist, making it even roomier.
The sleeves are long, with darker-colored bands stitched on them, and faux fur-lined cuffs with zipper closures that look fantastic. It has a small belt on the collar and a large belt with adjustable buckles on the hemline, all of which are topped with faux fur lining to keep you warm in the winter. The aviator jacket is appropriate for any occasion, including parties, Halloween nights, and casual gatherings. Its allure is undeniable no matter where you are.
bomber jacket british flying aviator leather jacket faux fur jacket leather jacket raf british flying aviator jacket shearling jacket shearling leather jacket